Did the Builders knew the meter ?

And the answer to this question is simply AMAZING !

The Master of the meter

I was an exhausted man, with lots of energy.

We just finished with Fabien Pardo decoding a new message of the Builders.

I am once again astounded by such intelligence, their ability to transmit information with incredible accuracy, without writing a single letter or even a figure! Only angles, stars and mathematics, just as my article "My Last Truth" that reveals the date of return of Planet X , where emotion invaded me.

It took me this new decoding to understand the unthinkable ...

The meter, the true, the only, not of our world!

Do not run away you'll understand everything :-)

In my previous article on the secret of the meter, which I kept, I explained that the meter was a creation of Builders because certain measures or calculate distances, make appear very precise values in meters, far too strange for be a coincidence.

This hypothesis was not me, but I had included in my article, as it was for me the best explanation, until now.

And to explain it, I'll tell you the story of three people from distant countries who are discovering the pyramid of Cheops first and undertake measure to try to solve the mystery hidden behind these stones...

" The first man was intelligent and loved math, he came from a country whose yardstick: the palm and which was worth 9.5 times our meter.

With his palm he measured the pyramid, and realized that the perimeter of the pyramid divided by twice the height, giving Pi palm! It was amazing ! He hastened to announce the news of his village, because the builders knew π in palm !

The second man was very intelligent and also very strong in mathematics, in his country, the yardstick was the bamboo and was worth 3.8 times our meter.

He also decided to measure the pyramid, and found that twice the sides of the pyramid, divided by the height was equal to  π/2 !

Incredible, the builders knew the value of Pi!

The third person was not a man but a little child; he knew nothing about math !

Him what he liked to do well, he was playing with his strings ! It was the king of the string ! It measured, compared, cutting, marking a node, nothing escaped him. 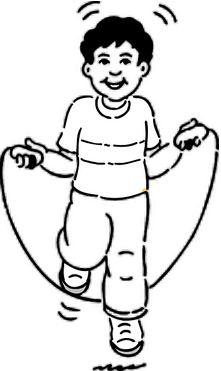 He had the string of the height, and laid the ground for fun, planted a nail to the ground, and traced with a big circle !

The circle was so beautiful, he decided, with one string, copy it to have it in his pocket with the string of the perimeter.

He notices that his pockets were filled with the same...

Mom surprise "The square is a circle? Really, I should take you to school !!"

She did not understand, but he did not care and he carefully put away, the two strings ...

The new definition of the meter.

"The meter is officially defined by the Academy of Sciences as the ten-millionth part of the meridian half (or quarter of a great circle passing through the poles), or the ten-millionth of the distance to go by the shortest way from one pole to a point of équateur3. It turns out that size is almost identical to the meter clock set to 45 ° latitude and sea level since celui- it was worth 0.993977 m of the new unit "

Our meter (1 m) is a quarter of a great circle 4 passing through the poles.

The meter is also the one side of a square 4.

If I trace on Earth with a string, a diameter of a circle 1 / Pi is about 318 m, I have to get logically

Yes, but no... because there is a small problem...

The Earth is not a sphere.

If the official meter is based on an ellipsoid, you can not have on earth, a circle of 1000 m, based on a universal theoretical space.

The earth is flattened at the Pole, and enlarged at the equator due to the centrifugal force exerted on it, the rotation of our planet.

This flattening of our planet was calculated precisely by Isaac Newton, thanks to his discovery of universal gravitation.

This interesting website of the Higher Normal School of Lyon, gives us the rate of flattening calculated by Isaac Newton: 1/230 or 0.00434082

I multiply by 1000 to be in proportion to our example:

Here are the dimensions of the pyramid of Cheops.

The perimeter of the base, is the circumference of the circle of radius h (height of the pyramid).

Now here is the rate of flattening of our planet.

The Cheops pyramid, becomes a circle and a perfect square around 1 m !

The pyramid is the Earth nearly 1m...

It's amazing because it shows that all my work is correct.

I found in my decoding an incoherence of 1 cubit that was too much.

This code + 1 comes from the pyramid and was included in all the monuments built by the Freemasons, and prove that they knew the code +1 of the builders of the pyramid ...

Who can achieve perfection of a circle 1 ?

Only  π can achieve the perfection.

For the builders π and God are linked.

" I am Alpha and Omega, the beginning and the ending, saith the Lord, which is, and which was, and which is to come, the Almighty. "

This symbolizes the circle and therefore π.

But there is also another value ...

" I am Alpha and Omega, the beginning and the ending, saith the Lord, which is, and which was, and which is to come, the Almighty. "

The first unit, the smallest element, the first particle, which is at once as in my article where I said that the Pyramid of Cheops symbolized both: square, circle and triangle The God of the Builders is the God of Einstein "He who does not play dice", which governs all laws of the universe, of a flower, the stars, through the heart of men.

It was my belief, the beauty of a rainbow sky, the geometry of a snowflake, all this could not be a coincidence ... there was something ...

This is what Jesus said, God is in us! It does not belong to the privileged, a people or a race, it is in everything ...

"Know ye not that ye are the temple of God, and that the Spirit of God dwelleth in you ?"

Who is closest to God?

THE ORIGIN OF THE SYMBOL π

Perfection is not of this world, but in heaven, which is inaccessible to us, and allows me to ask you a riddle; If we follow this logic reasoning, what can we assume?

If it is consistent, all pyramidion built by builders and placed at the top to symbolize the sky, inaccessible and therefore the divine, should logically have higher dimensions of 0.87% to 1% of 0.88%  because only God is perfect...

Here is the pyramidion of  Snefru.

Here is a circle of radius 1 m.

Here are its dimensions... you can check in the video.

This is my second proof...

The first evidence was once again before our eyes, Just like in my video: "Atlantis, the truth"

(about it I discovered the irrefutable proof that Atlantis was located in the tip of Africa, I would show you in a future article, with the explanation of the equator of our ancestors and visible in this video if you understand french)

The evidence was once again before our eyes...

The builders showed us the value of flattening factor !

This is why the sides of the pyramid are different! They gave us the value each meridians !!

God Bless you, and be prepared...